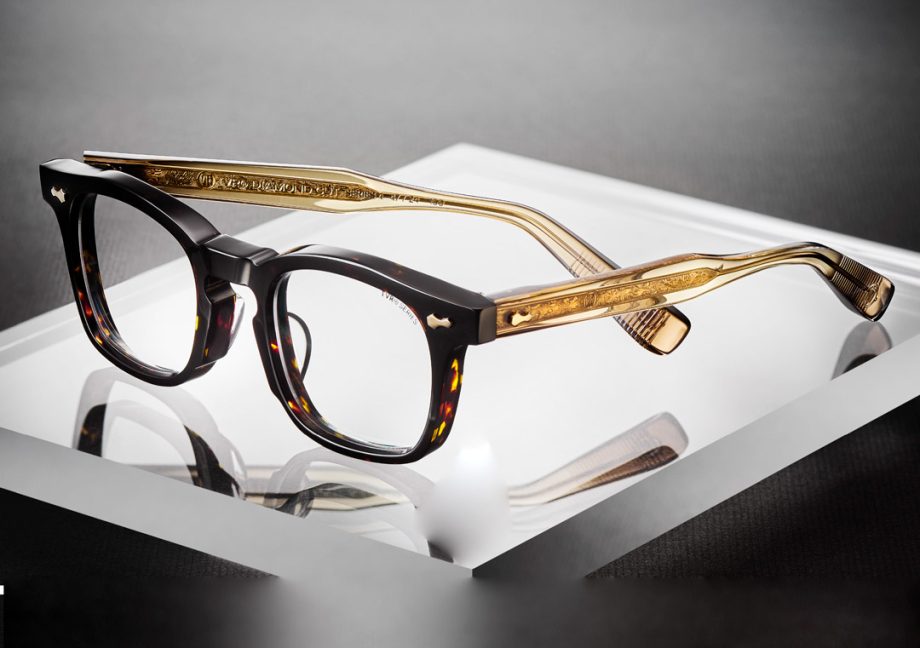 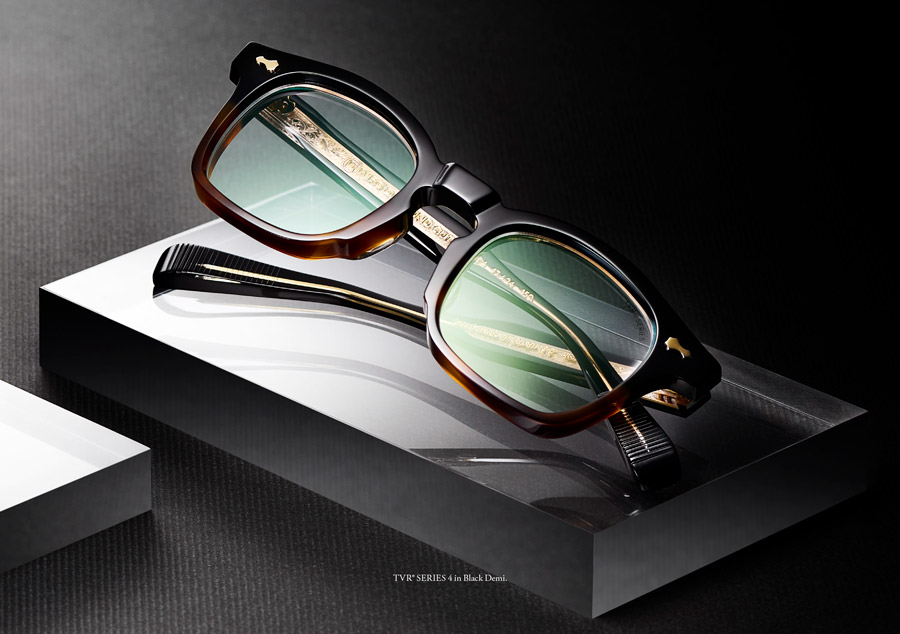 The Autumn / Winter 2022 collection will see the

revival of Classic French Saddle Bridge in the Arnel silhouette.

TVR® OPT will kick off the new Autumn / Winter 2022 season with another unique revival that celebrates the beauty of French aesthetics. The TVR® SERIES 4 French Classic, launching in June 2022, is a French reinterpretation of the Classic Arnel, which was also the the best-selling American eyewear at that time in 1950s.

The Arnel shape was originally a celebrated style in French eyewear in the 1940s. The French Arnel influence travelled to America and assimilated into the eyewear industry as a cult fashion — taking over as an American icon design by the 1950s.

When the French created this classic shape, the Arnel was reimagined with the French codes woven in vintage-like texture of the golden age. One of the most prominent feature include the front with raised corners without cutting. The front of the frame is extravagant — so less to be expected from the French belle époque — with a mix of straight and curve lines, balanced with wide library temples (known as boat paddle) tapering to flared tips. 17th Century Baroque style engraving festooned the metal core, and can be appreciated at a closer look. The excellently beautiful flat bridge surface and fitted temples provide comfort and snug fit, with a lot of attention to details involved.

Here, the revival of the Classic French Saddle Bridge on the Arnel front is celebrated through and through. The unique curvature and lines reflect upon the historical period of flamboyance and opulence. The think body, with the upper part of the eye frame derived from a square shape, is considered the most noteworthy part of the eyeglasses. The angles of the front highlight bold and masculinity while the special bridge amalgamates a diamond cut angled shape with flat front design.

The SERIES 4 is true testament to the concept ‘East meets West’, where one will have their hands on the experience of Japanese handcrafted artisanal qualities combined with European design philosophies. The new model will be made completely by hand in 8mm Japanese Zylonite material for its fronts and 6mm temples to ensure ultimate comfort and fitting even with the bold features on the front.

Diamond-cutting technique is used to perfect this retro style, accentuated with a 90-degree edge without curved angles for absolute precision. The diamond edge finishing is also finished in the hands of our master craftsman, who has with him over six decades of experience in eyewear making. Seven-barrel hinges, plated in 14k gold for a luxurious finish, are used to complete the structure while providing strength and support to the frame.

The signature American-inspired double diamond ‘W’ rivets complete the look on the front. Made using Sun Platinum Metal (SPM), the temple rivets on the other hand are patented based on the double diamond rivet design from the 1950s. The design expresses a three-dimensional effect on the temple, amplified with pure 14k gold plating. The hinge design on the temple on the other hand is crafted based on a legendary Japanese motif found on sliding doors in the Imperial Palace. The nature-derived leitmotif is integrated with the TVR® logo for a seamless yet subtle aestheticism on the temple.

Special attention goes to the Japanese hand-carving artistry on the metal core design, traditionally known as the ‘Tebori’ technique or Japanese engraving by hand. ‘Te’ means hand in Japanese while ‘bori’ translates carving; thus the name hand-carving. This adds a unique yet personal touch as each eyepiece is intricately detailed by hand with genera-tional elements that cannot be found anywhere else.

Be the first to review “TVR® Series 4” Cancel reply